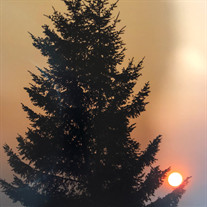 CONRAD LEE NEAL (CONNIE) January 28, 1930 - July 2, 2018 Conrad Lee Neal, age 88, died July 2, 2018 at Southwest Medical Center in Liberal, KS. His wife Barbara was at his side. After a lengthy illness, Conrad has slipped the surley bonds of earth and set out for the cosmos where he will join his heroes Albert Einstein, Carl Sagan, and Steven Hawking with whom he can explore the universe first-hand. His Irish and Scottish ancestors came to America in the 1600s. Over the years they made their way from North Carolina to Southern Illinois where they cleared the land, planted crops and raised their families. As a boy, Connie worked on the family farm with his Father Clyde Neal (Thelma) and Grandfather Vallie Neal (Ora), attended a local grade school and graduated from West Frankfort High School in 1948. After serving in the U. S. Army he pursued higher education by attending the University Of Missouri School Of Mines and Metallurgy, his career path was directed toward a degree in coal mine engineering / management. However his interest in electricity was inadvertently sparked, causing him to rethink his previous chosen field of study and to apply himself to the discipline of Electrical Engineering. With his electrical engineering degree in hand, he applied and was accepted by the U. S. Department of Defense as a junior professional engineer at the Naval Weapons Center, China Lake, California where he joined the development team of the Sidewinder Guided Missile Program. Because of his engineering background he was able to participate in development of various weapons and laser programs of interest to the Army, Navy, Air Force, Marine Corps and the Forest Service. This exciting career included travels to Europe and Asia, and evaluation of various weapons systems aboard Military fighter aircraft and Navy aircraft carriers in the Pacific Fleet. Just as his weaponeering interests were winding down, he was tasked to create a research and evaluation team to investigate and prepare an official report on many long-since abandoned historic gold and silver mines from the early 1900s. These mines are located in arid desert land now owned by the government and used for military testing and evaluation. The team surveyed the mines, inspected and assayed the contents, then catalogued the relics found. Upon retirement from government service, Conrad re-invented himself by pioneering a high-desert farming and water conversation venture, raising premium Alfalfa for the dairy industry. He then decided to re-educate himself and became a successful state licensed real estate appraiser. His ultimate dream however was to travel into outer space, which he can now add to his resume. Conrad leaves a legacy of patriotism, dedication to duty, adventure, respect for friends and colleagues (4051) but above all, love of family. Those who loved and respected him have shared his ideals. The younger generation will, no doubt, carry those ideals forward. Those left to carry on are: Wife: Barbara Brother: Paul Neal (Jo Anne) Sons: Russ Jacobs (Kim), Randy Jacobs, Rowdy Jacobs (Michelle) Daughters: Linda Neal Maher, Patricia Neal Curtin (Mike) Grandchildren: Shannon Ryan, Josh Jacobs (Kayna), Virginia Jacobs Dennison (Ty), Dillon Jacobs, Riley Neal Jacobs, Fallon Jacobs (Melanie), Tommy Maher, Bobbie-Jo Curtin, Michael Curtin, Jr., Chris Kelly. Sister and Brother-in-Law Bonnie & Glen Porter. Many Great-Grandchildren yet to meet; Nieces and Nephews Casey Bequette DeBell (Tony & Danielle), Rachel Neal Nielsen, Sydney Porter Jones, Kory Neal, Jesse Bequette (Heather). Conrad's inurnment will take place at 10:00 A.M. Monday, July 16, 2018 in the Neal Family Cemetery, West Frankfort, IL. Cremation has taken place, precluding visitation and viewing. Connie Neal is now on his long-awaited next adventure – off into the Wild Blue Yonder and beyond. Perhaps he will pay a visit to his own star 3621 in the Constellation Centaurus. God Willing.

The family of Conrad Lee Neal (Connie) created this Life Tributes page to make it easy to share your memories.