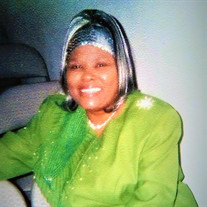 First Lady Patsy Ruth (White) Tatum 69, was born on December 1, 1948 to Willie and Dearo (Jones) White in Dallas, TX and received her “Crown” of Eternal Life on August 1, 2018. She moved to Tulia, TX in 1960. She graduated from Tulia High School in 1968. She worked as a Certified Nursing Assistant at Swisher Memorial Hospital in 1970. She worked in the Tulia Public School District from 1973 to 1980. In 1980, she became the first female and African-American Postal Mail Carrier in Tulia, TX, an accolade where she received superior recognition in the community. She moved to Denver, CO and returned to Tulia, TX in 1972. She dated Melvin Tatum and told him that she wouldn’t marry him until he accepted the Lord as his Savior. God reclaimed Melvin on August 1, 1973 and Patsy on August 5, 1973, and she married her ONE TRUE LOVE, Melvin Tatum on August 6, 1973. Through their union, God blessed them with the “Fab Five” as called by their “Mommy” - D, Kimmie, Tatum, Ced, and Mel. After their union, Patsy and Melvin became dedicated members of Jackson Chapel C.O.G.I.C. where she worked as the Purity President, Sunday School Teacher, YPWW President, Junior Church Mother, Treasurer and Pastor’s Aide to Supt. Henry L. Jackson. In 1985, she and her family relocated to Liberal, KS to pastor Holy Sanctuary C.O.G.I.C. where she became a licensed Evangelist Missionary and First Lady in the J.O. Patterson District where she continued to labor in various appointed positions under Supt. BD Williams and Supt. Lawrence Johnson. In 1987, God gave them a vision to transition and restore the oldest African-American church that stood as a historical sight older than the city of Liberal, itself. This restoration began the birth of Deliverance Powerhouse C.O.G.I.C. Throughout the years, she allowed God to use her as a vessel to evangelize throughout numerous cities where many were healed and delivered. Evangelist Tatum is survived by her children--Jacqueline Cohens of Houston, TX, Kim Franklin, Melvin (Thyja) Tatum Jr., Cedric (Misty) Tatum, and Melody (John) Green ALL of Liberal, KS. Three Brothers- Tommy, Aldie, Ricky (Michelle) White and one sister, Rita Clay ALL of Tulia, TX. 31 Grandchildren, 21 Great Grandchildren and a host of nieces, nephews, cousins, friends, and church families whom loved her dearly. She was preceded in death by her parents Willie and Dearo White, brothers - Melvin Brown, Benny and Herbert White, and one sister - District Missionary Mae Etta Lewis. Funeral Services will be held Friday, August 10, 2018 at 11:00 A.M. at All Nations Church, 601 East 15th St. Liberal, KS. Visitation will be Wednesday, August 8, 2018 from 1:00 – 6:00 P.M. and Thursday from 1:00 – 8:00 P.M. at Brenneman Funeral 1212 West 2nd Liberal, KS 67901.

The family of First Lady Patsy Ruth Tatum created this Life Tributes page to make it easy to share your memories.

Send flowers to the Tatum family.