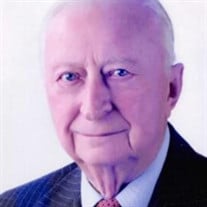 Gene Sharp, age 92, died Tuesday, July 27, 2021, at his residence of 60 years in Liberal, Kansas. He was born on January 20, 1929, East St. Louis, Illinois the son of Olin Arthur Sharp and Lois (Dorman). Gene’s father was a traveling salesman working for the R.J. Reynolds Tobacco Co. from 1924-1935. In 1935 when his father lost his job, the whole family moved to Grandma Dorman’s farm near Floris, Oklahoma. Gene was unable to finish Kindergarten. However, he attended a one-room schoolhouse in Floris, which at that time did grades 1-8, this is the same one room schoolhouse that Gene’s father had taught in about 15 years earlier. Grades 2, 3, and 4 were at Gage Elementary, Topeka Kansas. Grades 5, 6, and 7 at Greenough School, Oklahoma. In high school Gene played basketball (winning state) and baseball. He also was the editor of the high school newspaper. He graduated Liberal High School in 1947. Gene attended Hutchinson Junior College and then on to University of Oklahoma (B.S. Economics and Government 1951) legal education, University of Oklahoma College of Law (LLB 1953, Fraternity, Phi Alpha Delta. Note Editor 1952 Oklahoma Law Review Editor in Chief 1953). He was pledge and officer of Alpha Alpha Chapter of Alpha Sigma Phi Social Fraternity 1948-1952. After college in 1953, he served as Beaver County, Oklahoma County Attorney, 2 months before being called to serve 3 years in US Air Force as a legal officer. Gene was released at Altus Air Force Base, Oklahoma in 1956 as the Staff Judge Advocate. Gene married Jo Ann King at the First Methodist Church in Liberal, Kansas on August 26, 1952.They had three children: David Eugene Sharp, Tammy Jo Sharp Metcalf, and Rex Arthur Sharp. Luckily, we have seven grandchildren; Katherine and Daniel Sharp; Ryan and Amanda Metcalf; and Alexandra (Alex), Lewis, and William Sharp. All have college degrees, and some have advanced degrees. One finishing a doctorate. Daniel is the only grandchild married to Kathi Sodoma from Vienna, Austria. However, there are weddings set for September and November. In 1956, he joined the Hickey, Harner and Neubauer Law firm in Liberal as a junior partner. In 1959, he joined the Vance, Hobble, Nordling firm which has been in existence since 1925 and now operates as Sharp, McQueen. Gene retired in 2018 after 66 years of law practice. Gene served as Liberal City attorney, Liberal, Kansas 1970-1993; Kansas Board of Admissions of Attorneys 1982-1994; Member of the Seward-Haskell Counties, Southwest Kansas, Kansas and Oklahoma Bar Association; Kansas Association of Defense Counsel (Director 1973-1976), Secretary-Treasurer 1974-1975, President 1975-1976; American Board of Trial Advocates (Advocate), Fellow Kansas Bar Foundation, American College of Trial Lawyers. Gene received his 50-year pin from both the Oklahoma and Kansas Bar Association. Gene was a pioneer member of the establishment of the Bee-Jay baseball and served as legal advisor 1964-1980; selected locally as outstanding Jaycee and served on the State Chamber of Commerce Board 1969-1973; along with three ex-college football players established Kids, Inc.; was instrumental in getting airline (Frontier) to serve Liberal; a bank board member at Citizen State Bank (now Sunflower) 20 years; represented Panhandle Eastern Pipeline Co. and at their request incorporated Anadarko Petroleum Co.; local counsel for National Beef Packing until it sold and was involved in starting National Carriers for John Jacobson, Jr, who now owns Trans-Am out of Dallas, Texas and Olathe, Kansas; As a Jaycee he helped build the Pancake Grills that are still used for Pancake Day, as president of Methodist Church Trustees, he successfully obtaining donations from members to purchase a new organ. Playing golf with family and friends, fishing trips to Colorado, and helping others were his favorite past times. To say that Gene enjoyed genealogy is an understatement, he loved genealogy about his family. He managed to trace his roots down to the Jamestown Colony. He was a member of the Scottish Rite, Order of the Eastern Star, 32nd Degree Master Mason, Shriner, and a lifetime member of Hooker, Oklahoma Masonic Lodge. Phase II of the Sharp Champion Centers to give baseball and softball teams at Seward County Community College an indoor practice facility is now started and while he will not physically see it completed, his wish was to leave something to the community that had been so good to him. Other uses could be for soccer and track. We will miss his vision, excellent advice, and leadership to make our community the outstanding city in Southwest Kansas Survived by: Wife Jo Ann Sharp of Liberal, Kansas Sons, David E. (Victoria) Sharp of Houston, Texas and Rex A. (Lori) Sharp of Prairie Village, Kansas Daughter, Tammy Jo Sharp Metcalf of Dallas, Texas Seven grandchildren, Katherine Sharp, Ryan Metcalf, Alexandra (Alex) Sharp, Amanda Metcalf, Daniel Sharp (Kathi), Lewis Sharp, and William Sharp Gene was preceded in death by both his parents, Olin and Lois Sharp. Visitation will be 12:00 PM – 5:00 PM on Thursday, August 5, 2021, and 9:00 AM – 7:00 PM, on Friday, August 6, 2021, the family will be present from 5:00 PM – 7:00 PM at the Hornung Family Funeral Home 1212 W. 2nd Street Liberal, Kansas. Funeral Service will be 10:30 AM, on Saturday, August 7, 2021, at the First United Methodist Church 116 W. 3rd Street Liberal, Kansas, with Pastor Brad Bennett presiding. Interment will follow at the Liberal Cemetery. Memorial donations suggested to SCCC Foundation for the Champions Center or The Gene and JoAnn Sharp Law Review Scholarship for the University of Oklahoma or the Organ Fund at First United Methodist Church in care of Hornung Family Funeral Home. Condolences may be sent to the family at www.hornungfuneralhome.com

The family of Gene Hugh Sharp created this Life Tributes page to make it easy to share your memories.

Send flowers to the Sharp family.