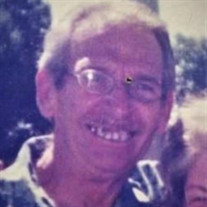 Horst Gunther Wilson, 79, of Liberal peacefully passed away at St. Catherine Hospital in Garden City, Kansas, on Saturday, September 11, 2021, with the love of his life by his side. He was born on September 3, 1942, to Elisabeth (Kraus-Staudinger) and Howard R. Wilson in Lemberg, Poland. At the age of 9, he and his family traveled by boat to, and entered he United States through Ellis Island in New York City, New York. In 1960, he enlisted the United States Navy and served in the Vietnam War before later being honorably discharged from service. In 1991, he married the love of his life, Linda Sue Foutch-Wilson. They lived together inseparable for over 30 years. His love for Linda was unconditional and unwavering. She was his princess then, now, and forever will be. He and Linda had a passion for collecting Indian coins and different artifacts, telling stories, and pranking one another. Together their favorite was hunting for treasures at various flea markets while living in California and having sleepovers with their great grandkids. Horst had a heart of gold, a smile that exuded happiness even in the darkest of times, and a love that never faded. With a simple warm embrace, he was able to make a person forget all the bad. He was a humble man; he never liked to be the center of attention. In life and now in death, he would not want the focus to be on the sadness of his death, but instead the focus on the happiness in life. He is survived by his wife, Linda Sue Foutch-Wilson of Liberal, Kansas; a son, Edward Brown and wife Elizabeth of Madison, Wisconsin; grandchildren, Shawna combs of Liberal, Kansas, John Combs, Jr. and wife Tina of Yukon, Oklahoma, Travis Combs of Washington, DC, and Justin Combs and wife Dalia of Kansas City, Kansas; great-grandchildren, Emily Polk, Helena Combs, Jordyn Polk, Connor Combs, Carter Polk Harper Combs, Madilynn Combs, and Allison Combs; a sister, Arlene King of Mantika, California; and a beloved aunt, Lois Rozenski of Brentwood, California. He is preceded in death by his parents, Elisabeth and Howard Wilson; daughters, Patricia Lynn Combs and baby Julie Wilson; and a son-in-law, John Carlton Combs, Sr. A man as humble and loving as Horst will always be remembered by those who knew and loved him. As cremation has taken place, there will not be a viewing. Condolences may be sent to the family at www.hornungfuneralhome.com Hornung Family Funeral Home, 1212 W. 2nd Street, Liberal, Kansas.

Horst Gunther Wilson, 79, of Liberal peacefully passed away at St. Catherine Hospital in Garden City, Kansas, on Saturday, September 11, 2021, with the love of his life by his side. He was born on September 3, 1942, to Elisabeth (Kraus-Staudinger)... View Obituary & Service Information

The family of Horst Gunther Wilson created this Life Tributes page to make it easy to share your memories.

Horst Gunther Wilson, 79, of Liberal peacefully passed away at...

Send flowers to the Wilson family.