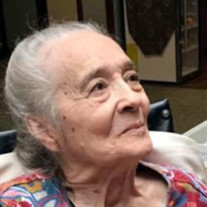 Jacquelyn Ann Pieratt, Age 79, died Sunday, October 8, 2017, at the Pioneer Manor in Hugoton, Kansas. She was born January 20, 1938 in Gould, Oklahoma, the Daughter of H.B. and Evelyn (Billington) Rawlins. Jacque graduated from high school in Guymon, Oklahoma in 1956. She Married Billie Forrest Pieratt in Hugoton, Kansas on December 26, 1955. He preceded her in death August 23, 2015. They were married just short of 60 years. She was a School Bus Driver for the USD-480 in Liberal for 25 years, many people to this day remember her as the singing bus driver. Jacque was very devoted to her family and her church as a member of the Church of Christ. She enjoyed camping and traveling with her husband and children. Survivors include: Son Gary D. Pieratt of Hugoton, Kansas Daughter Darla Sue Wilson and her husband Art of Ft. Lupton, Colorado 2 Brothers Jim Rawlins of Moscow, Kansas Rick (Kathy) Rawlins of Glendale, Arizona 2 Sisters Dorothy Harper of Woods, Kansas Shirley (Claude) Rich, Olathe, Kansas Brother in Law Loren Sullivan of Hugoton, Kansas 3 Grandchildren; Rashell Grimes and her husband Joshua, Andrea Pieratt, Breanna Wilson 1 Great Grandchild; Trenden Grimes Jacque was also preceded in death by Her Parents, 2 Sisters Betty Sharon Rawlins, Marie Sullivan and Brother in Law Alfred Harper Memorial contributions may be sent to The Alzheimer’s Association in care of the Brenneman Funeral Home 1212 W. 2nd Liberal, KS 67901. Condolences may be sent to the family at www.brennemanfuneralhome.com

The family of Jacquelyn Ann Pieratt created this Life Tributes page to make it easy to share your memories.

Send flowers to the Pieratt family.