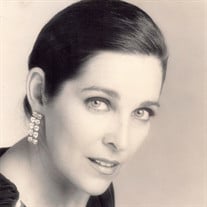 Mary Jo (Patrick) Feldman, a generous, loving and free-spirited soul passed away on Friday, December 16, 2016, in The Woodlands, Texas. She was 66. Mary was born on October 6, 1950, in Muenster, Texas, to Rolland J. Patrick and the late Nina Faye (Hammer) Patrick. She was a loving daughter, sister, wife and mother along with a great supporter and inspiration to her friends and her community. Mary was a graduate of Liberal High School and received her undergraduate degree from Panhandle State University and a Master’s degree from Kansas State University. She taught Theater Arts at Liberal High School prior to moving to Denver, Colorado, where she worked for Anadarko Petroleum Corporation. She met and married the love of her life, her husband Paul E. Feldman. They raised their family, daughters Gina Rotolo and Toni Feldman and son Caleb Feldman in The Woodlands, Texas. Mary was a deeply spiritual being and brought light and love of God to her family and friends. She was the life of every party and touched everybody she met with the same welcoming smile and charm. Above all, she made a difference. Mary was preceded in death by her mother, Nina Faye (Hammer) Patrick. She is survived by father R.J. “Pat” Patrick, her sister Jayn Berry, her husband of 35 years, Paul Feldman, her son Caleb Feldman, daughter Gina Rotolo, son-in-law Jason Price, daughter Toni Feldman, niece Jamie Titus and her son Sean Titus, step-son Kelly Rotolo and his wife Sally Rotolo, and step-daughter Shawn Rotolo-Utz. Funeral service will be held at 11:00 a.m. on Wednesday, December 28, 2016, at Brenneman Funeral Home, 1212 W. 2nd, Liberal, KS. A celebration of her life is open to friends and family. A private burial will be held following the service. In lieu of flowers and plants, the family asks that donations be made in Mary’s name to the charity of choice.

Mary Jo (Patrick) Feldman, a generous, loving and free-spirited soul passed away on Friday, December 16, 2016, in The Woodlands, Texas. She was 66. Mary was born on October 6, 1950, in Muenster, Texas, to Rolland J. Patrick and the late Nina... View Obituary & Service Information

The family of Mary Jo Feldman created this Life Tributes page to make it easy to share your memories.

Send flowers to the Feldman family.