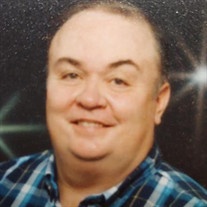 Ray Dee Rinehart, age 74, died Wednesday, October 6, 2021, at the Southwest Medical Center in Liberal, Kansas. He was born on March 23, 1947, in Liberal, Kansas, the son of Oliver Joe and Margaret Marie (Wilburn) Rinehart. Ray Dee attended Kismet Schools, in Kismet, Kansas and graduating in 1965 from Kismet High School. He attended Southwestern College in Winfield, Kansas from 1965-1966 then Fort Hays University in Hays, Kansas from 1966-1967. Ray Dee also attended Seward County Community College in Liberal, Kansas and Dodge City Community College in Dodge City, Kansas. Ray Dee worked on the family farm from 1966-1970 and went on to work as a dispatcher for the Liberal Police Department from 1970-1973 and then as a Patrolman and a volunteer firefighter from 1973-1976. From 1973-1987, Ray Dee worked as the Seward County Emergency Preparedness Director. In 1976-1978 Ray Dee worked as a full-time firefighter, and from 1977-1987, he was the Seward County Fire Chief while also working as Seward County Reserve Deputy from 1977-1980. From 1991-2019, Ray Dee worked as the Assistant Safety Manager for National Beef Packing Plant. He helped his community by serving in the city and county government in Liberal, Kansas. He was loving, honest, and trustworthy, and was of the attitude – It can be done, you just have to find the right resources to complete the task. Ray Dee served as President for the Seward County Safety Council in 1975, and on the Seward County United Way Board of Directors in 1975. He also served on the Cimarron Chapter American Red Cross Board of Directors from 1979-1987. Ray Dee was a Charter Member and the 1st President of the Colonel John Seward Chapter, Sons of the American Revolution from 2012-2021. He was a past member of the International Fire Fighters Association, Elk Lodge of Liberal, Kansas, and Sons of the Confederate Veterans, Civil War. Ray Dee was also a Life Member of the NRA. Ray Dee married Karen Ann Johnston on January 25, 1974, at the Liberal Friends Church in Liberal, Kansas. He enjoyed traveling, trap shooting, reading, playing with his dog, Einstein and spending time with his wife researching genealogy. Ray Dee was proud to learn he was a direct descendant of Chief Quadequina, his 12th Great Grandfather, of the Wampanoag Indian Tribe. Survived by His wife of 47 years, Karen Rinehart of Liberal, Kansas One brother, Dana Gene and his wife Linda Rinehart of Fargo, Oklahoma One sister, Nancy Jo Perez of Liberal, Kansas One nephew Michael Gene and his wife, Amber Rinehart of Fargo, Oklahoma Two nieces, Rachel Ann and her husband, Brian Langston of Kingston, Oklahoma and Carrie Sue Gibbons of Houston, Texas Preceded in death by both his parents, Oliver Joe and Margaret Marie (Wilburn) Rinehart, his Parents-in-law, Ernest DeWitt and Elva Marie (Wolfe) Johnston, Jr., his brother, Jan Lee Rinehart, his sister-in-law, Brenda Lea Johnston, and nephew, Shawn Paul Gibbons Visitation will be from 11:00 AM – 6:00 PM on Thursday, October 14, 2021, at the Hornung Family Funeral Home, the family will be present from 4:00 PM- 6:00 PM to receive friends. Funeral Services will be at 10:00 AM on Friday, October 15, 2021, at the Hornung Family Funeral Home, 1212 W 2nd Street, Liberal, Kansas. Memorial Donations suggest to Liberal Fire Department Equipment and Donations Fund in care of the Hornung Family Funeral Home, 1212 W 2nd Street, Liberal, Kansas. Condolences may be sent to the family at www.hornungfuneralhome.com
To order memorial trees or send flowers to the family in memory of Ray Dee Rinehart, please visit our flower store.