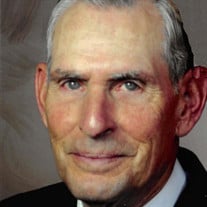 Richard “Dick” Eugene Stoops, 87, passed away, Tuesday, November 9, 2021, at The Craig Senior Living Retirement Community in Amarillo, Texas. He was born on May 19, 1934, at Booth Memorial Salvation Army Hospital in Wichita, Kansas. He was the son of Joe Grear and Lela Maxine Stoops. Richard’s younger childhood and teenage years were spent growing up in Annie Wittenmyer Home, also known as The Iowa Soldiers’ Orphans’ Home in Davenport, Iowa and a time in Glenwood State-Hospital School in Glenwood, Iowa. Richard graduated from Central High School in Davenport, Iowa. He enlisted into The United States Army after graduating high school serving in the Korean War. He received an Honorable Discharge with many Military Decorations and Awards. He then attended the Commercial Art School at Stanford University and graduated from The Traffic Institute of Northwestern University at New Mexico State University and New Mexico State Police Academy, Santa Fe, New Mexico. His Law Enforcement career took him to Carlsbad, New Mexico, New Mexico State Police, Iowa State Juvenile Training, Roswell, New Mexico, Ruidoso Downs, New Mexico, Washington, Iowa, Great Bend, Kansas and Liberal, Kansas. Richard was a Quartermaster, for the Liberal, Kansas Police Department, his last service in Law Enforcement prior to his retirement in 2011. Richard also enlisted into the Kansas Army National Guard. He served for ten years with eight years as Unit Supply Specialist on Active Duty before receiving an Honorable Discharge. He then was employed at Southwest Medical Center Hospital, Liberal, Kansas, in the Central Supply Department. Richard worked as a Security Officer for several years in between his Law Enforcement and Military occupations at National Beef Packing Plant in Liberal, Kansas. He later worked as a Security Officer for Seward County Community College in Liberal, Kansas, his final employment retiring in 2016. Richard and Ruth Ann (Clark) Stoops were united in marriage at Saint John’s Methodist Church in Davenport, Iowa on August 16, 1964. They were married for 56 years prior to Ruth’s passing November 3, 2020. Richard’s passion was his family, grandchildren and serving others. He volunteered, participated, and helped to organize numerous Veterans and Honor Guard Funerals. He participated or marched in countless parades to represent his membership organizations. Richard served on many committees and held many office positions to support the communities he lived in. Richard was a member of the Kansas Peace Officers Association, Midian Shriners, The Military Order of the Purple Heart, American Legion, Veterans of Foreign Wars, Kansas Freemasons Masonic Fargo Lodge #300, where he received his 50th year pin and certificate, and York Rite of Kansas. Richard was a 32nd Degree Master Mason. Survivors include: His Daughter, Ann Benfer and husband Kurt Guymon, Oklahoma. His Son, Kyle Stoops and wife Stacey Halstead, Kansas. Grandchildren: Savanah G. Stoops, Kyra A. Benfer and Joshua E. Benfer. Richard was preceded in death by his parents and wife, Ruth. Visitation will be from 9 am to 8 pm Thursday, November 18, 2021, at the Hornung Family Funeral Home, Liberal, Kansas. The family will be present to greet friends from 5pm to 7pm. Funeral Services will be at 2 pm Friday, November 19, 2021, at the First United Methodist Church, Liberal, Kansas with Pastor Brad Bennett presiding. Richard’s place of final rest will be at the Wayland Cemetery in Wayland, Iowa at a later date, with a private family interment. While the family appreciates the love and support from family and friends, they require that masks be worn and social distancing be observed during all visitations and services. For those who cannot attend, the service will be streamed live on the funeral home’s Facebook page. Search for Hornung or Brenneman Funeral Home, and Like our page. A notification will be sent to access the site, shortly before the service. Memorial contributions may be given to the First United Methodist Church of Liberal, Kansas, The Craig Senior Living Retirement Community, Amarillo, Texas or the Veterans Affairs Health Care System, Amarillo, Texas. Make checks payable to: Department of Veterans Affairs-Amarillo VA. All memorial contributions should be sent in care of the Hornung Family Funeral Home, 1212 W. 2nd Liberal, Kansas 67901. Condolences may be sent to the family at www.hornungfuneralhome.com

The family of Richard Eugene Stoops created this Life Tributes page to make it easy to share your memories.

Send flowers to the Stoops family.