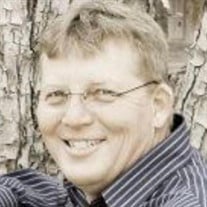 Steven Wayne Savely, age 59, died Tuesday, September 14, 2021, at McAlester Regional Health Center in McAlester, Oklahoma. He was born February 6, 1962, in Beaver, Oklahoma to Donnie and Kathleen Savely. Steve grew up in the Beaver County, Oklahoma area and graduated from Turpin High School. On November 25, 1989, he married Belinda Glick and together they had a son, Tyler Wayne Savely and a daughter, Shelby Renae Savely. Steve worked for many years in the trucking industry and for the last 17 years had worked in the Oil and Gas Industry. Steve’s favorite hobby was riding dirt bikes. He loved riding as well as restoring old dirt bikes and he enjoyed going to the supercross races every year. Steve was a lifelong Kansas City Chiefs fan and was very excited when they won the Super Bowl in 2020. If the Chiefs were playing and not doing well Steve would go and change into a different KC shirt to try to turn the game around. The Chiefs lost a great fan! Steve was very supportive of his children and did everything he could to help them follow their individual passions. He spent many hours hauling motorcycles for Tyler and horses for Shelby and took great pride in watching them do what they loved to do. Steve was a friend to all, including animals and his dogs, KC and Izzie, were his favorite children. He threw corn out for the wild deer every night and he even had a few of them eating out of his hands. He was also known to occasionally help dry off wet bats with a towel who had taken refuge on his porch in a thunderstorm. Steve and Belinda spent many evenings sitting on the back porch taking in the beautiful Texas sunsets, having a cold drink and watching the deer. Many deep conversations were had on that back porch. Survived by: His wife, Belinda Savely of Eufaula, Oklahoma Son, Tyler Savely of Portland, Oregon Daughter Shelby Savely of Yukon, Oklahoma Sister Donita (Paul) Granado of Yukon, Oklahoma Brother Kevin (Susan) Savely of Carthage, Texas Mother-in-law, Sharian Glick of Eufaula, Oklahoma Sister-in-law and brother-in-law, Robin and Tom Hinsdale of Eufaula, Oklahoma Nephews, Eric Granado and fiancé, Madison, Alex Granado, Justin Hinsdale, Derrick Steele and Dakota Steele Nieces Jennifer (Jeremy) Olson, Delaney Hinsdale, Shayla (Zach) Garcia He is also survived by four great nieces and a great nephew. And last but not least his beloved fur babies KC and Izzie Preceded in death by his father, Donnie Savely, his mother, Kathleen Boyd, his sister, Lisha Steele, his Father-in-law, Bill Glick, Nephew, Steven Kyle Savely, and stepmother, Carolyn Savely Visitation will be 12:00 PM - 6:00 PM, Sunday, September 19, 2021, be at the Hornung Family Funeral Home, 1212 W. 2nd Street Liberal, Kansas. Family will be present to greet friends from 4pm to 6pm. Funeral Service will be at 10:00 AM, Monday, September 20, 2021, at the Hornung Family Funeral Home 1212 W. 2nd Street Liberal, Kansas with Stan Lehnert presiding. Interment will follow at the Liberal Cemetery. Memorial donations suggested to the charity of your choice in Steve’s honor in care of Hornung Family Funeral Home. Condolences may be sent to the family at www.hornungfuneralhome.com

The family of Steven Wayne Savely created this Life Tributes page to make it easy to share your memories.

Send flowers to the Savely family.