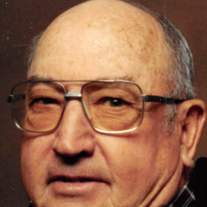 Alfred was born in the Woods community, where he remained his entire life, as a third-generation farmer.

He was preceded in death by his parents Tom and Linnie Harper, sister Helen Harper Higgins and brother Tommy Harper, and Great Nephews Aaron Harrison and Austin Harper.

23 nieces and nephews and a host of other relatives.

Memorial service will be Monday, September 25, at 3:00pm, at Lone Star Friends Church, with Gary Damerson and Lee Rottman presiding. Private family interment will be held.

Visitation will be Sunday, September 24, at Brenneman Funeral Home from 12 to 8 pm. Family will be present to greet friends from 2-4 pm.

Memorial contributions may be sent to Hugoton Church of Christ, Lone Star Friends Church and Pheasant Heaven Charities, in care of Brenneman Funeral Home 1212 W. 2nd Liberal, KS 67901.
Condolences may be sent to the family at www.brennemanfuneralhome.com

To order memorial trees or send flowers to the family in memory of Alfred L. Harper, please visit our flower store.