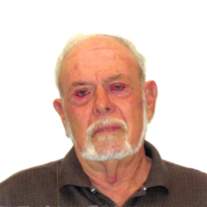 Bobbie (Bob) Joe Carter, 76, passed away on June 26, 2018, at his home in Liberal, KS. He was born to Talmadge Carter and Madge Adams Simpson on September 14, 1941 at his grandparent’s home in rural Louisa, KY.
He was raised by his grandparents, Millard and Lucy Adams and at the age 15 moved to Liberal following other family. After finishing the 9th grade, he began working in housing construction with his uncles, Art Olson, Fred Adams and Bill Rogers. He was also employed by Julian Water Well, Seward County Land & Cattle and T&W Water Well Service. In 1987 he went to work for Robert White, and worked their until his health forced him to retire in 2017.

He enjoyed hunting and especially chasing coyotes with his and his brother Jim’s greyhounds.

He is survived by his wife of 37 years, Sandy

He is also survived by his mother in law, Joan Guenther of Elkart; Sisters in law Rosemary Carter Weaver of Liberal and Carolyn (Gene) Alberts of Garfield, AR; brothers in law Mark (Joyce) Guenther of Guymon, OK and Tim (Shona) Guenther of Carthage,TX; and many nieces, nephews and cousins.

To order memorial trees or send flowers to the family in memory of Bobbie Joe Carter, please visit our flower store.