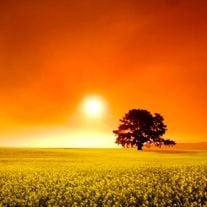 She was born on September 22, 1937 to Albert and Theresa (Robertson) Manion in Arkansans City, Kansas.

Joann worked for Mosaic in Liberal. She was a CNA, a HHA and dietician.

She was preceded in death by her parents, her husband Bud, 2 sons; Stanley and Stewart McAdams, and her brother, Don Manion.

A private family memorial service will be held at a later date.

To order memorial trees or send flowers to the family in memory of Carmelitia Joann McAdams, please visit our flower store.