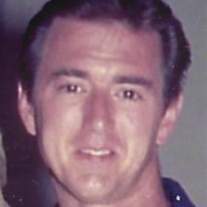 David E. Johnson, age 62, died Sunday, January 19, 2020, at the Good Samaritan Society in
Liberal, Kansas. He was born December 5, 1957 in Cookeville, Tennessee, the son of Kenneth and Ann (Grider) Johnson of Liberal, Kansas.

David graduated from Liberal High School in 1976 and then attended Kansas State University. He worked as a florist in the family flower business in Liberal, Kansas; Johnson’s Flowers.
He enjoyed therapeutic horseback riding. He loved to listen to classic rock music, watching his kids play sports and cheering on the Kansas State Wildcats. David loved his Kansas City Chiefs and was watching them in the AFC Championship when he entered his eternal life. David had a wonderful talent doing oil paintings. In his later years he enjoyed visiting with his dad, sons, and granddaughter. David was very proud to be sober for 20 years.

Survivors include: His Father Kenneth Johnson of Liberal, Kansas.

He was the proud grandfather of Annie Sue Johnson

David was preceded in death by his mother Ann Johnson and his Sister Karla Holder.

Memorial Donations have been suggested to Pheasant Heaven Charities in care of the Brenneman Hornung Funeral Home.
Condolences may be sent to the family at www.brennemanfuneralhome.com

To order memorial trees or send flowers to the family in memory of David E Johnson, please visit our flower store.