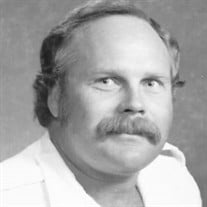 Gary Lynn Teel, age 71, died Thursday, July 21, 2022, at his home in Liberal, Kansas. He was born on January 31, 1951, the son of James I. Teel and Vera E. (Hayes) Teel in Hugoton, Kansas. Gary graduated from Hugoton High School in 1970 and went on to study diesel mechanics at Liberal Vo Tech. He married Marcia Freeman on August 6, 1977. Together they raised two sons, Logan and Matt. Gary was very hard working and an avid outdoorsman. As a teenager he worked in the oilfield with his father and younger brothers in the family water business, Teel Pump Service. As an adult Gary worked for Panhandle Eastern Pipeline, first as a Surveyor and then later as a Pipeline Inspector and Foreman. He was the Transportation Supervisor for the City of Liberal in the 1990’s along with other various jobs. In 2017 Gary retired from Standard Supply where he had been a Warehouse Manager. If Gary had his choice any free time would be spent camping and fishing his favorite lakes or sitting at a watering hole watching for the turtle doves to come in for a drink at dusk. Also, a great lover of books, any other leisure time was devoted to reading one of his ever present novels. In the winters Gary would always grow a big beard. At Christmas time his white beard and rosy cheeks, along with his kind personality, would often cause children to mistake him for Santa. He was deeply loved and will be sorely missed by all. Survived by His wife, Marcia Teel Two sons, Logan Teel and Matt Teel, all of Liberal, Kansas Sister, Mary Ann and Bill Goodloe of Huff, Oklahoma Many nieces and nephews Preceded in death by Both his parents, James I. Teel and Vera E. Teel Brothers, Mike Teel, Ike Teel, and Leslie Teel Father-in-law, Albert Freeman Mother-in-law, Joan Freeman and Nephew Chad Freeman Memorial Services will be 2:00 PM, Saturday, July 30, 2022, at the Hornung Family Funeral Home Chapel, 1212 W. 2nd Street, Liberal, Kansas. David Rine presiding. Memorial Donations suggest to: St. Jude Children’s Hospital or the American Cancer Society in care of Hornung Family Funeral Home, 1212 W. 2nd Street, Liberal, Kansas. Condolences may be sent to the family at www.hornungfuneralhome.com Hornung Family Funeral Home, 1212 W. 2nd Street, Liberal, Kansas
To order memorial trees or send flowers to the family in memory of Gary Lynn Teel, please visit our flower store.