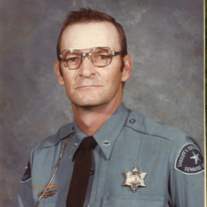 He served in the U. S. Army for 22½ years, before being Honorably Discharged and retiring.

He was preceded in death by his Parents and a younger brother, Bobby Gray.

Memorial service will be 2:00 PM, Monday, May 1, 2017 at Brenneman Funeral Home Chapel with Jack Jacob, presiding. Interment will follow the services at Restlawn Cemetery, Liberal, KS.

Memorial contributions may be sent to the American Red Cross in care of the Brenneman Funeral Home 1212 W. 2nd Liberal, KS 67901.

To order memorial trees or send flowers to the family in memory of George A. Gray, please visit our flower store.