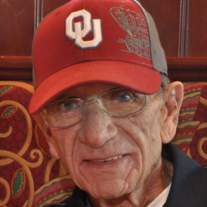 Jack Benson (J.B.) Newhouse, 76, a resident of Edmond, OK, formerly a longtime resident of Southwest Kansas and the Oklahoma Panhandle, passed away on April 8, 2018.

Visitation with the family will be 12:30 -1:30 pm on Thursday, April 12th, 2018 at Turpin Mennonite Church, Turpin, OK with Jack’s celebration of life service at 2:00 p.m. Burial will follow at Liberal Memorial Cemetery. Arrangements are by Brenneman Funeral Home.

Jack Benson Newhouse was born in Liberal, Kansas at Morrow Hospital, to Earl Benson (E.B.) Newhouse and Virginia Louise (Shelton) Newhouse on September 13, 1941. He attended school in Hugoton until the 6th grade and then attended a small country school for his middle school years near the Panhandle Eastern Sneed Plant between Stinnett and Dumas, TX. He then attended and graduated from Elkhart High School in 1959. After high school, he went on to complete a few semesters of college at Washburn University and Fort Hays State University. In 1963, he was drafted into the US Army and did his training in Ft. Leonard Wood, MO. He spent the majority of his military service at Ft. Story as a life-guard on the officer’s beach in Virginia Beach, VA. He was quite proud of the fact that he was able to smuggle his brother, Jerry into the barracks and encouraged him to eat at the mess hall with him for over a month. With four months of his two year active service remaining, he boarded a ship toward Qui Nhon, Vietnam where he was a construction engineer rebuilding roads. Upon returning to the states, he had employment for a short time with Hall Construction and then started working for Panhandle Eastern Pipeline Company, where he worked out of Woodward, OK, Liberal, KS, Gillette and Douglas, WY and finally Kansas City, KS where he retired after 31 years. He continued to do consulting work for PEPL after retirement for a short time. Jack married Loretta Faye Habekott on March 19, 1967 in Arnett, Oklahoma. After many moves, Jack and Loretta settled in Turpin, OK, which he always felt was “home” no matter where they lived. Jack loved spending time with his family, woodworking, rooting for the OU Sooners, taking photos and creating personalized photo cards for special events, as well as cheering for his grandkids at every sporting event possible. Jack never encountered anything that he didn’t think he could accomplish. He was loyal and dedicated to his family, work, friends and community. He enjoyed serving on the Turpin School Board, as a volunteer fireman for the Turpin Fire Department and tinkering around on computer technology and woodworking items.

Memorials may be given to The Turpin Fire Department, Gary Riffe, Chief at 232R, Turpin, OK.

The family of Jack Benson Newhouse wishes to extend our sincere thanks to family, friends, and loved ones who were such a special part of Jack’s life.

To order memorial trees or send flowers to the family in memory of Jack Benson Newhouse, please visit our flower store.