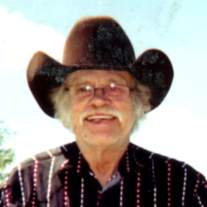 10 Grandchildren and 3 great grandchildren
James was preceded in death by his parents, brothers Butch Redburn and Edward Redburn.
Private services were held.
Memorial contributions may be given to the Wounded Warriors project in care of
Brenneman Funeral Home 1212 W. 2nd St. Liberal, KS 67901
To leave condolences to the family please visit www.brennemanfuneralhome.com

To order memorial trees or send flowers to the family in memory of James Ray Redburn, please visit our flower store.