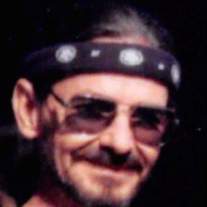 He attended school in Guymon and Tyrone, OK . John served in the United States Army from 1968 to 1971.

He enjoyed woodworking, sewing, cooking and researching the history of the Civil War.

He was a member of the National Rifle Association, Modern Woodsmen and Veterans of Foreign Wars.

John worked for Liberal Gasket for many years as a machinist.

Cremation has taken place and private family inurnment will be held at a later date.

Memorial contributions may be given to the wounded Warriors Project in care of Brenneman Funeral Home, 1212 West 2nd., Liberal, KS 67901.

To order memorial trees or send flowers to the family in memory of John Edward Olny, please visit our flower store.