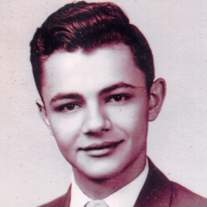 He graduated Holcomb High School in 1952.

Joe married Deloris Rinehart October 24, 1959 in Garden City, Kansas. She preceded him in death on January 7, 2007. They were married for 48 years.

He worked in an alfalfa mill as a general hand. He also worked for John Reimer as a farm hand. He was the manager of CO-OP Plains Equity.

Burial will be in Kismet cemetery. Military Honors will be by the Liberal American Legion Post # 80.

To order memorial trees or send flowers to the family in memory of Joseph Baier, please visit our flower store.