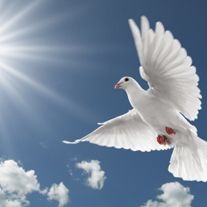 He worked for Roustabout in the oil field mostly doing construction. You can say that work is not important and for many people it has low importance but not for Jody. His job was his identity his reputation. The family recalls him quitting school to drive a truck and haul drilling mud. It was same for many of his friends. This was very labor-intensive work, but the bonus was “driving” aligned with his love of vehicles. He was a good driver, pushed the edges sometimes, but nevertheless a good driver. To this day Jody had so many friends, even after his retirement, they continue to ask family how he was and make sure you tell him “Hi” for us. After his accident he moved in with his mother, Janet and Donna which was how he quickly became big brother and a father figure to his 5 little brothers and sisters. He helped his mother get a new home, which is shared with his sister Donna until he went home to be with the Lord. Jody was thought of as the family anchor. He was reliable, encouraging, loving, supportive, hardworking, and most importantly a good family man.

Jody had many hobbies. First of all, he loved cars and owned more neat 70s classic cars than you could imagine. Like his Uncle Sonny, he would buy them, drive them, enjoy them, sell them and repeat. You can not understand how much he loved cars and just how many awesome ones he owned. Secondly, he loved movies, he would watch them, record them, save them and during his hobby height there is no telling how many movies he had in his library, but it was massive. The family fondly remembers that if you wanted to see a movie you had to ask Jody.

He was preceded in death by his father Joseph Frank Courange, Jr.

A Private family inurnment will take place at a later date.

To order memorial trees or send flowers to the family in memory of Joseph Francis Courange, please visit our flower store.