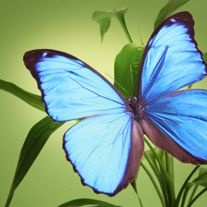 Kathryn E. “Katy” Wood, 103, died Thursday, November 24, 2016 at her residence in Liberal, KS. She was born October 13, 1913 in Guymon, Oklahoma, the daughter of O. J. and Jennie (Burch) Wilkins. Kathryn began school in Liberal and later moved with her family to Dalhart where she continued school starting in the third grade. After two years in Dalhart, the family moved back to Liberal. She attended the fifth and sixth grade at Washington School. She graduated from Liberal high school as salutatorian of her class. She attended Lindenwood College for Girls in St. Charles, Missouri where she studied Drama and English and was very active in plays. She was a promising actress and was featured in the St. Louis, Missouri Newspaper. She continued focusing on her drama at the Kansas City Conservatory.

While in high school, she worked in her father’s jewelry store and also had worked at Woolworth’s and later worked as a reporter going around to all the clubs, trying to find news. While in Kansas City, she worked for a company, traveling to small towns overnight to give plays.

On October 19, 1935, she married Carlos E. Wood in Liberal, Kansas. They lived in Kansas, Oklahoma and Texas and then returned to Liberal and opened Wood’s Department Store. Carlos died September 19, 1997.

She is preceded in death by a son Robert “Bobby” Wood and a brother Robert Wilkins.

Memorial Service will be held at 2:00 pm Monday, November 28, 2016 at the First Presbyterian Church in Liberal with Pastor Kitty Lum presiding. Cremation has taken place.
.
Memorial contributions may be sent to the Carlos Wood Memorial Fund at the Seward County Community College Foundation and can be sent to Brenneman Funeral Home & Cremation Services 1212 W. 2nd Liberal, KS 67901.

To order memorial trees or send flowers to the family in memory of Kathryn E. Wood, please visit our flower store.