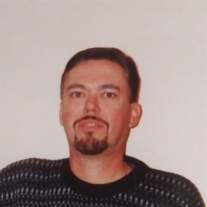 Larry Max Stevens 59, of liberal, died Thursday, August 24, 2017 at the South West Medical Center in Liberal, KS.
Larry was born February 27, 1958 to Jessie C. and Ruby M. Kulow Stevens in the old Epworth Hospital in Liberal.
He was the second of four children. His grandparents were James R. Sr. and Sarah E. (Shepherd) Kulow of Liberal and Cliff and Margaret O. (Vaught) Stevens of Wichita Falls, Texas.
He graduated from Liberal High School in 1976. He was an alumnus of Seward County Community College, the college of Architecture and Design at K-State University and Mesa College in San Diego Calif.
He was employed in 1980 by architect Rodney Sea wright of Hooker, OK, as a draftsman. In 1982 he moved to Oklahoma City where he worked as Project Designer with several prestigious architectural, construction and real estate development firma. In 1985 he moved to Southern California and established his own professional building design consulting firm in San Diego and later also in Los Angeles. Hundreds of his architectural design projects—consisting of custom homes, commercial and government buildings and churches are scattered across Oklahoma and Southern California from the Hollywood Hills to Tijuana, and beyond to the Mexican fishing village of San Felipe on the Sea of Cortez.
His childhood was filled with many joyful activities such as the Cub and Boy Scouts of America, Royal Rangers, Kids Inc. baseball, 4-H clubs, piano, saxophone an swimming lessons and attending the First Assembly of God Church with his family.
While in California, Larry did volunteer work with homeless immigrant children and adolescents at the Children of the Night shelter in Los Angeles and the St. Vincent de Paul Village shelter in San Diego. Later in life Larry became a Certified Building Contractor.
He was a member of the United Church of Christ (UCC) and the Tri-State Denver Buddhist Temple. He was also a member of Americans United for Separation of Church and State, Progressive Democrats of America, Trinity Foundation (Dallas, National Family Caregivers Association, Los Angeles Forum for Architecture & Urban Design, The Planetary Society, The Mars Society, National Space Society, and the National Rifle Association, among others.
Larry leaves behind his mother, Liberal; his sister Debbie Miller and husband, Chris, Kansas City, MO; his brothers Randy Stevens Salisbury, NC and David Stevens and wife, Sur, Ashland City, TN; two nephews, Matthew Cranford and Devin Miller; four nieces, Keara Harrison, Ashley Cranford, Brandy Stevens and Denita Young; and many other loved ones and friends around the world.
His beloved father and grandparents preceded him in his passing.
Funeral service will be 2:00 pm Wednesday, August 30, 2017 at Brenneman Funeral Home Chapel, Liberal.
Memorials may be made to any non-profit organization of childhood bullying, abuse and suicide either online of in care of Brenneman Funeral Home, 1212 W. Second, Liberal, KS 67901

To order memorial trees or send flowers to the family in memory of Larry Max Stevens, please visit our flower store.