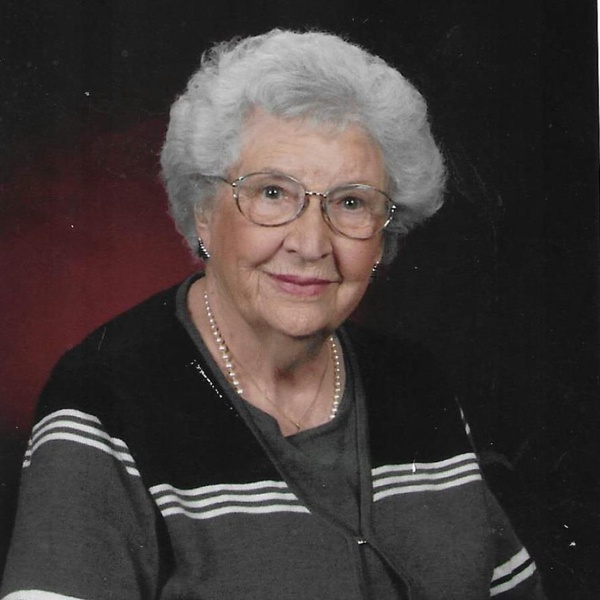 Lois worked as a cashier at the Crown Theater in Dodge City and the Fox Theater in Liberal. She worked in the accounting department of Cessna in Hutchinson, and part time at Burr’s Department Store. At the age of 40, she went to work as a medical receptionist for many doctors in Liberal; Dr. Harris, Dr. Burn, Dr. Prochazka and many years for Dr. Grimes. She also worked for Southwest Medical Center. She retired at the age of 65.

Lois loved her family most of all. When her older sister died, leaving three little boys, Lois moved first to Dodge City and then to Hutchinson to help raise “her boys”. One of her nieces described Lois as the heart of the family. She told the stories of and kept the memories of those present and past. Her huge collection of family photos was dear to her heart. She loved nothing more than family gatherings with her many nieces and nephews.

Lois was an avid traveler. She and Robert traveled extensively in the United States as well as trips to Mexico and Canada. Their favorite European destination was Ireland. One memorable trip was spent in a rental cottage on the Dingle Peninsula hosting several family members. Lois and Bob’s seventh and final trip to Europe was celebrating the Christmas Holiday in England and Belgium. She was 84. After Bob’s death, she continued to visit Savannah, GA, until she was 98.

Daughter
Helen James and her husband Stephen of Savannah, GA

Lois was preceded in death by her parents, Husband Bob, 3 brothers; Chester John Emrie, Lawrence Alpha Emrie and William Harlo Emire Jr., and Sister Helen Wooten.
There will be no visitation, as cremation has taken place.

Graveside services will take place at Liberal Cemetery at a later date. An updated notice will be given when the services are scheduled.
Memorial contributions may be sent the Cal Farley’s Boys Ranch, Saint Anthony Catholic Church or Healthwatch Hospice, in care of the Brenneman Hornung Funeral Home 1212 W. 2nd Liberal, KS 67901.
Condolences may be sent to the family at www.brennemanfuneralhome.com

To order memorial trees or send flowers to the family in memory of Lois Alta Morrissey, please visit our flower store.