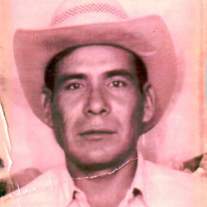 He was born on March 2, 1932 in Coahuila, Mexico, the son of Petrolino and Maria Cruz (Ramos) Trejo.

Pablo was married to Elva Trejo. She preceded him in death in 2003.

Pablo worked for many years at National Beef. He loved gardening and his fruit trees.

He was preceded in death by his parents, his wife, and 3 brothers; Felipe, Fidel and Omero Trejo.

Condolences for the family may be left at www.brennemanfuneralhome.com

To order memorial trees or send flowers to the family in memory of Pablo Trejo, please visit our flower store.