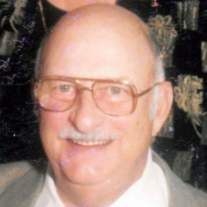 Richard Hugh Dorman, age 78, passed from this life on Saturday, January 11, 2020, at his home on the family farm. He was born June 2, 1941 at the Beaver Memorial Hospital. Richard graduated from Turpin High School in 1959 and from Panhandle State University in 1966.

While attending college, Richard continued to farm and ranch with his parents until their deaths in 1985-86. He took over the family farm. His passion for his farm and love of his cattle continued over his entire career. During his adult life, Richard served on the Perryton Equity Board and other Beaver County Organizations that supported his ideas and values in farming.

On August 8, 1970 Richard married Neva Maria Bass at the First Baptist Church at Beaver, Oklahoma. It was at the time he gave his life to Christ and was baptized at the Beaver Baptist Church. After he and Neva were married, they became members of the Turpin Baptist Church, where he enjoyed serving on various church committees. Richard enjoyed singing, in fact many of the songs to be sung at his funeral service were some of his favorite solos.

He is survived by his wife, Neva, their two sons Richie and Chris Dorman, two nephews Mark (Bonnie) Dorman and Bill Dorman, plus several cousins and a host of friends.

Richard was preceded in death by his parents Hugh and Virginia (Grimwood) Dorman; father and mother-in law Homer and Florence Bass; and brother John (Wilma) Dorman.

Friends and Family visitation will be held at Brenneman-Hornung Funeral Home from 1PM- 8PM on Thursday, January 16, 2020 with family present to greet friends from 6PM-8PM.

A Funeral service at the Turpin Baptist Church on Friday January 17, 2020 at 2:00PM with Pastor Dan Cox and Pastor Jimmy Reed presiding. Burial to follow at Midway Cemetery outside Floris, Oklahoma.

Memorial Contributions can be made to Turpin Baptist Church or a memorial of your choice in care of Hornung Family Funeral Home 1212 W. 2nd St. Liberal, Kansas. 67901.

To order memorial trees or send flowers to the family in memory of Richard Hugh Dorman, please visit our flower store.