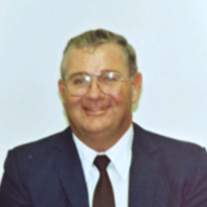 He was born October 1, 1939 to Joe and Beatrice Blakemore Pittman in Liberal, KS.

Richard graduated from Liberal High School in 1957. He then attended Panhandle State University.

After college he bought some land and started farming and retired in 1983. He then worked for other farmers in the area. He worked driving trucks for National Carriers. He retired from National in 2010. He also worked for Kansas Trucking. After he moved to Wichita he kept busy driving trucks for Rusty Eck Ford.

Richard was President of the Board of Trusties of Southwest Medical Center from 1978 to 1980. He was a member of Fellowship Baptist Church, Liberal.

There are 13 Grandchildren and 9 Great Grand Children.

Visitation will be Wednesday from 9:00 am to 7:00 pm at the Brenneman Funeral Home with the family being present from 6 to 7 to greet friends. The casket will remain closed and the guest register will be available to sign during those times.

Burial will be in Restlawn Cemetery, Liberal, KS.

In lieu of flowers memorial contributions may be made in Richards name to St. Jude’s Children’s Research Hospital in care of Brenneman Funeral Home 1212 W. 2nd St. Liberal, KS 67901

To leave condolences for the family please visit www.brennemanfuneralhome.com

To order memorial trees or send flowers to the family in memory of Richard Joe Pittman, please visit our flower store.