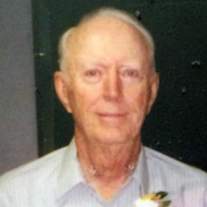 He was born on April 2, 1926 in Cherokee, Oklahoma the son of Carol and Irene (York) Stout.

He graduated from Lambert High School in Lambert, OK. He then obtained his Master’s Degree in Education from NW State College in Alva, OK.

He was a High School Band teacher for 32 years.

He served with the US ARMY during WWll in the Pacific occupation of Japan.

In 1948 he married Helen Iris McDonald in Augusta, Kansas. She survives.

He was preceded in death by his parents, and his brother, Don Stout.

Cremation has taken place, and private memorial service will take place at a later date.

To order memorial trees or send flowers to the family in memory of Robert Eugene Stout, please visit our flower store.