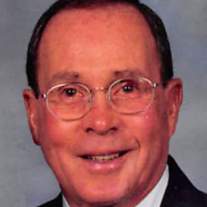 Royce Van Angell 80, died Thursday, October 13, 2016, at Southwest Medical Center in Liberal, Kansas.
He was born June 9, 1936 in Liberal, the son of Charlie Francis and Thelma Adele (Edwards) Angell. He graduated in 1954 from Plains High School, and 1967 from Kansas University. He married Judith Diane Black on May 3, 1959. She survives. They lived in Colorado Springs, CO for 44 years, before moving to Liberal this year. Royce was self-employed as an architect. He was an active member the Lions Club and of the American Baptist Churches. He was also a veteran of the United States Army.


He was preceded in death by his parents and brother Charlie Angell.

There will no public visitation.
Funeral services will be held at 10:00 am Monday, October 17, at the Plains Baptist Church in Plains, KS with Kevin Angell and Merle Chesbro presiding. Burial to follow at Plains Cemetery.

Memorial Contributions may be made to Colorado Lions Camp in care of Brenneman Funeral Home, 1212 W. 2nd Liberal, KS 67901. Please mark in the memo line “in memory of Royce Angell”.

To order memorial trees or send flowers to the family in memory of Royce Van Angell, please visit our flower store.