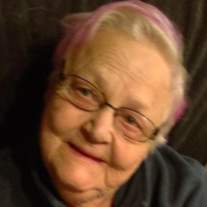 She had resided in Liberal, KS for 42 years.

She worked at the Seward County Sheriff’s Department as a dispatcher and clerk. She was the manager of Cigarette Outlet in Liberal for 14 years.

To order memorial trees or send flowers to the family in memory of Sharon Kay Crosby, please visit our flower store.