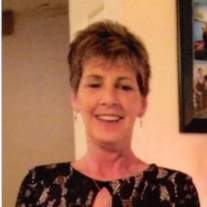 She had a heart of gold, loved children, especially her children and grandchildren and had many friends. She enjoyed NASCAR, Tony Stewart, computer casino, living a simple life, working hard, helping others, attending antique car shows, games and traveling.

She was a store manager for Hutch’s C Stores.

1 Sister Vickie King Amarillo, TX
She is survived by numerous Nieces and nephews.

Memorial contributions may be sent to the Southwest Miracles in care of the Brenneman Funeral Home 1212 W. 2nd Liberal, KS 67901.

To order memorial trees or send flowers to the family in memory of Tammy Sue King, please visit our flower store.