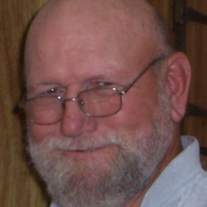 He was born March 26, 1949 in La Junta, Colorado the son of Emery and Irene (Carr) Ratliff. Terril was raised in Walsh Colorado. He Married Ruby Baker on October 27, 1972 in Lamar, Colorado


Terril worked for 7 Years Setting up John Deer Equipment before moving to Vilas, Colorado where he became a custodian. Terril and Ruby moved to Liberal, Kansas in 1984. He became a custodian at South West Medical Center, working there for 27 years retiring in 2010. Terril started helping Ruby trap, spay/neuter and train wild stray kittens; eventually many were kept as pets which was often about a dozen around the home. He also had many pet dogs over the years and just recently adopted a stray puppy named Spirit.

Terril Loved to go boating, fishing, and camping in a tent or recreational vehicle. His favorite fishing hole was Clark County State fishing lake. He enjoyed looking at old cars and tractors; finally, being able to purchase 2 old tractors, a 1957 International Cub and a 1947 Massey-Harris Pacer in October 2019. His plan was to drive them in area parades. Terrill was thrilled in 2012 when he was able to attend the largest antique tractor parade at the Nebraska State Fair.

He was preceded in death by his Parents, brothers Roy, Albert, William, Keith and his sister Ruth Lowery.

Memorial contributions are requested to be made to the Charity of your Choice, in care of the Brenneman Funeral Home 1212 W. 2nd Liberal, KS 67901.
Condolences may be sent to the family at www.brennemanfuneralhome.com

To order memorial trees or send flowers to the family in memory of Terril Lyn Ratliff, please visit our flower store.