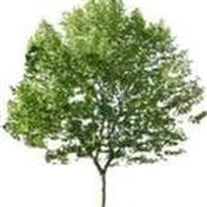 Born October 30th, 1985, one day before his father’s birthday of October 31st in Ottawa, Ontario, from the get go Andrew was always doing his own thing. He was 26 years old. The son of Dr. Graeme and Dr. Susan Rodgman (Mowat) and brother of Dr. Christopher Rodgman of New Orleans, LA, he is survived by his immediate family as well as dozens of aunts, uncles, cousins, his grandparents Mabel Rodgman and Malcolm Mowat, and a legion of friends who he had nurtured, supported, and lived alongside, through good times and bad. He was preceded in death by his grandfather Chuck Rodgman and grandmother Billie Mowat. Rarely did people meet Andrew and not come out of it with a lasting impression. His brief and active life saw early moves in the military lifestyle of his folks, followed by travelling the globe, and studying in both Canada and the United States. Graduating in 2003 from Fellows High School in Pembroke, Ontario, his most memorable days were spent at Hugoton High School, where he ran Cross Country under the loving care of Coach Rod. A bright writer and avid hockey fan, his colorful life was peppered with brief stints as a television actor, independent director, and producer. Appearing on MTV’s “The Assistant” as the Kansas Farm Boy, his presence was immediately felt and his behind the scenes commentary refreshingly ridiculous. He was at Woodstock ’99 when the riots broke out (we don’t THINK he was responsible) and also stood in awe in King Tut’s tomb, had seen Europe, and been on safari on the Serengeti. Even though his life was busy, he travelled frequently back to Canada to see his relatives in Ontario, British Columbia, and Nova Scotia. His love of the KU Jayhawks basketball was unmatched, able to rattle off stats at the drop of a hat, and he had carried season tickets for the past three seasons, but this was nothing next to the Montreal Canadiens. Never missing a detail, he watched literally every game he could, and often travelled across the United States and Canada to make it to games. He frequently blogged about the team and was beginning to gather notice for this work. Working as the night auditor at a local hotel for the past two years, his diligence on the night shift and skill at training others was unmatched, proving time and again his skill as a problem solver. He always took great care of his animals, spending time on his special friends Rico, Meeeestor Xizor, and J.T. Future plans had included going to Law School and he was studying for the LSAT. Had things worked out differently, Andrew would have come to New Orleans to visit Chris for Thanksgiving, then gone to spend a two month break enjoying hockey games in Toronto with his father. Andrew was many things, but was never boring, and always willing to help out those in need, even if it meant giving all he had. He will be greatly missed. Funeral services will be held at 10:00 a.m. Tuesday, November 22, 2011 at First Christian Church in Hugoton, KS. A visitation will be from 6-8 p.m. on Monday, November 21, 2011 at Brenneman Funeral Home in Liberal, KS. Donations can be made in his name to the Lawrence Humane Society.

Born October 30th, 1985, one day before his father&#8217;s birthday of October 31st in Ottawa, Ontario, from the get go Andrew was always doing his own thing. He was 26 years old. The son of Dr. Graeme and Dr. Susan Rodgman (Mowat) and brother... View Obituary & Service Information

The family of Andrew Rodgman created this Life Tributes page to make it easy to share your memories.

Send flowers to the Rodgman family.