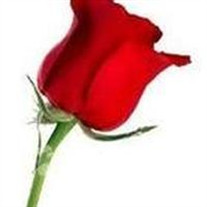 Karen R. Stanton, 74, passed away July 23, 2011, at St. Francis hospital in Wichita, Kansas, following nine months of illness. She was born in Emporium, Pennsylvania, on November 21, 1936, to Charles and Ruth (Husted) Razey. She was preceded in death by her parents, a brother Don, and a sister Gloria. She is survived by her husband David of the home, a son Todd of rural Plains, a son Victor of Beloit, Kansas, and a sister-in-law, Regina Klimp of Spring Hill, Florida.Her early education was in the Emporium schools, and she later graduated from Indiana State University of Indiana, Pennsylvania, with a degree in Music Education and Piano Pedagogy. She continually furthered her music knowledge with graduate studies in educational institutions and with other performers.Her first teaching job was in New York, where she met her husband David. She later taught elementary music in the Meade, Kansas schools for a number of years, then leaving that position to teach private piano in her home for over twenty years. She was known for her expertise of performance on the piano and organ, and her love of children and teaching them how to play. The teacher study guides for orchestral music which she wrote a few years ago has been translated into many languages and used around the world.She was a person of very great faith, though you never heard her brag about it, or try to force it on anyone else. She believed in living the example. She will be greatly missed by her family, friends, and former students.There has been a private interment service, with a musical memorial service being planned for a later date.

Karen R. Stanton, 74, passed away July 23, 2011, at St. Francis hospital in Wichita, Kansas, following nine months of illness. She was born in Emporium, Pennsylvania, on November 21, 1936, to Charles and Ruth (Husted) Razey. She was preceded... View Obituary & Service Information

The family of Karen Razey Stanton created this Life Tributes page to make it easy to share your memories.

Send flowers to the Stanton family.