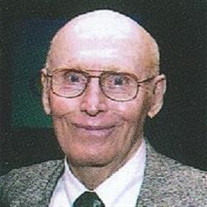 Coach Tom Cross has achieved his greatest victory passing into the arms of Jesus on January 6, 2020 at the age of 91. He was born near Belle Plaine, KS to Thomas and Juanita (Nelson) Cross on Oct. 2, 1928. He grew up as a farm boy, and was always interested in sports. He played football in high school and later at Panhandle A&M in Goodwell, OK where he graduated in 1951. He was drafted into the Army and chose to be in the 82nd airborne division. Following his service, he started his football and track career for 38 years. He then had an extraordinary career in strength and conditioning teaching Olympic Weightlifting at Tulsa University and Mid America Nazarene University in Olathe, KS. He was the National Federation Coach of the Year, the Fellowship of Christian Athletes Regional Coach of the Year, Master Coach from the collegiate Strength & Conditioning Association, and then named a legend in the field. He was a supervisor in the weight room at the World Olympics in 1996. He taught many USAW courses for coaches to be certificated. He has influenced many, many athletes and families. Tom retired in 2005 so he could watch his four grandsons play football. Tom was preceded in death by his parents and son, Kurt Cross. He is survived by his wife June (Berry) Cross of 65 years, one daughter Shari (Cross) Abbott, son-in-law Cliff Abbott, four grandsons, Bo Abbott and wife Kristen, Blake Abbott and wife Lauren, Bram Abbott and wife Bethani, and Britton Abbott, one sister, Betty Reiley, two brothers, Gail Cross and wife, Sylvia, and Harold Dick Cross and wife, Alice, and two great grandchildren Ellington and Emmeline. Funeral will be held on Friday, Jan. 17, 2020 at College Church of the Nazarene, 2020 E. Sheridan, Olathe, KS 66062. Visitation at 9:45AM and Funeral at 10:45AM with burial at Leavenworth National Cemetery, 150 Muncie Rd, Leavenworth, KS. Tom's family wishes to give a big thanks for the wonderful help from Hospice of St. Catherine, Garden City, and the staff at Brookdale Assisted Living in Liberal. In lieu of flowers, memorial gifts can be given to the Tom Cross Scholarship Fund established at Mid-America Nazarene University given each year to an athlete in the strength and conditioning program. To leave a special message for the family, please visit www.PenwellGabelKC.com

Coach Tom Cross has achieved his greatest victory passing into the arms of Jesus on January 6, 2020 at the age of 91. He was born near Belle Plaine, KS to Thomas and Juanita (Nelson) Cross on Oct. 2, 1928. He grew up as a farm boy, and was always... View Obituary & Service Information

The family of Tom Cross created this Life Tributes page to make it easy to share your memories.

Coach Tom Cross has achieved his greatest victory passing into...

Send flowers to the Cross family.